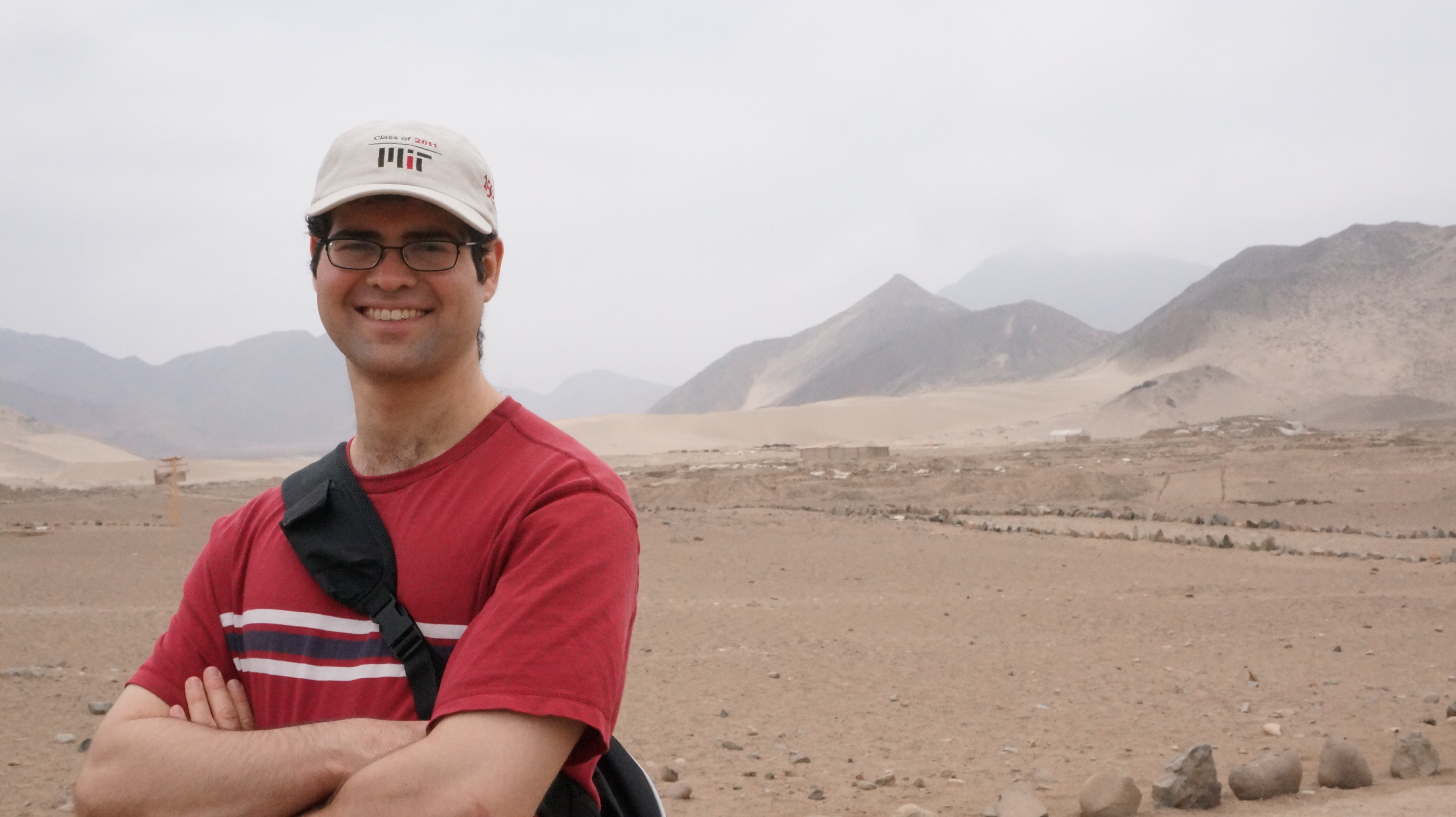 I work to magnify the positive impacts of STEM research and knowledge, especially in computer science.

I work to magnify the positive impacts of STEM research and knowledge, especially in computer science.

I am a AAAS Science and Technology Policy Fellow in the State Department's Office of Internet Freedom and Business & Human Rights.

I help the Department work with governments and companies to ensure that AI and other emerging digital technologies are used in ways that strengthen human rights around the world.

CCAI facilitates impactful work at the intersection of AI and climate change.

I run the organization's blog and help with other media and public relations work.

ICAAD is a human rights NGO.

I help the organization think through how human rights work and AI/data science interact.

Outside of work, I ride my bike a lot.

And as many friends can attest, I am easily distracted by birds.

In the past, I've worn three main hats:

At Elemental Cognition, I defined metrics for the company's foundational AI research, translated that research into real-world applications, and built up the company's public presence.

As Google intern, I built machine learning models to identify central topics of and high-quality responses to articles and pages.

At Carnegie Mellon University (CMU), I built data resources and automated systems for processing language about cause and effect.

At the MIT Communication Lab, I trained STEM graduate students to coach their peers in scientific communication.

At CMU, I co-founded and led the Public Communication for Researchers program.

I have also designed and led scicomm trainings for many other audiences.

As a freelancer and a fellow at Securing America's Future Energy (an energy think tank), I wrote for outlets including Undark, Popular Mechanics, Motherboard, Nautilus, and the SciShow and It's Okay To Be Smart YouTube channels.

As a AAAS Mass Media Fellow, I spent a summer writing for Scientific American.

In addition, I have worked or interned at the SLAC National Accelerator Laboratory, NASA/Johns Hopkins APL, and Tiverias Apps (creator of the GPush app).

I love to put my expertise to work to help others, both in computer science and in communication!

Services I offer include:

Drawing on my personal experience with AI research, I provide high-level insights about how today's AI tools work and what they are and aren't good for. I specialize in making this knowledge accessible and actionable for non-technical professionals.

Past beneficiaries have included Mad*Pow and ICAAD.

I may continue to write pieces that shed light on key ideas in computer science, math, and physics. Generally I find my stories myself, but do reach out if there's a story you think I'd like to tell.

I help scientists and engineers become better communicators with each other, the media, and the general public. I've trained graduate students at MIT and Carnegie Mellon, CMU alumni, Botany in Action graduate fellows, AAAS Annual Meeting attendees, and even CMU's computer science faculty.

Possible topics include any aspect of communicating about STEM. Example titles: How to be a Science Blogger, Talking to the Media, Crafting Explanatory Metaphors, and Becoming a PowerPoint Wizard.

Workshops are highly interactive and extensively customized for each audience.

I'm always on the lookout for interesting ways to be useful, whether or not they fit into the buckets above. If you've got a need, opportunity, or idea you think might be up my alley, please do reach out!

NOTE: Given my current role with the State Department, I may have to decline some opportunities I'd be excited about.

I developed rigorous evaluations for machine reading comprehension systems. Some of the resulting ideas were written up in a 2020 research paper.

I developed models for rating entities' centrality within a document. Published in a 2014 EACL paper.

As a Ph.D. student, I studied methods for extracting structured semantic representations from natural-language text. I looked for ways to incorporate linguistic insights into natural language technologies, most notably the principles of Construction Grammar.

I developed an annotation scheme and associated corpus called BECAUSE, which annotated the cause-and-effect relations stated by a text. The scheme was designed to represent causal relations expressed by nearly any linguistic construction, not just discrete words and phrases.

Check Google Scholar for a complete and up-to-date list of my publications.

As a wandering first-year Ph.D. student, I attended a talk at the Carnegie Science Center by John Radzilowicz about the so-called "war on science." John kept emphasizing that scientists needed to do better as accessible and relatable public communicators. In the Q&A, another grad student said he'd love to—if only someone would teach him how! That was the moment the Public Communication for Researchers (PCR) program at Carnegie Mellon was born.

My fellow CMU grad students Ardon Shorr and Adona Iosif joined me in building the training program we wished we'd had access to ourselves. We assembled hands-on workshops with communication experts, practice opportunities, and a supportive community of interested students. We started a group blog and hosted two Story Collider shows. We also pushed for university-run programming of the sort we were offering.

In the process, we became thoroughly enmeshed in the science communication community.

I have developed, organized, and led science communication trainings for audiences including:

Get in touch about scicomm training

Starting in graduate school, I found a niche writing about highly technical topics. Some of my writing experiences:

Check out my full writing portfolio

Is there something you'd like to chat about? Something I can help you with?

Please don't hesitate to get in touch!

Drop me a note